Song A Day: The Album 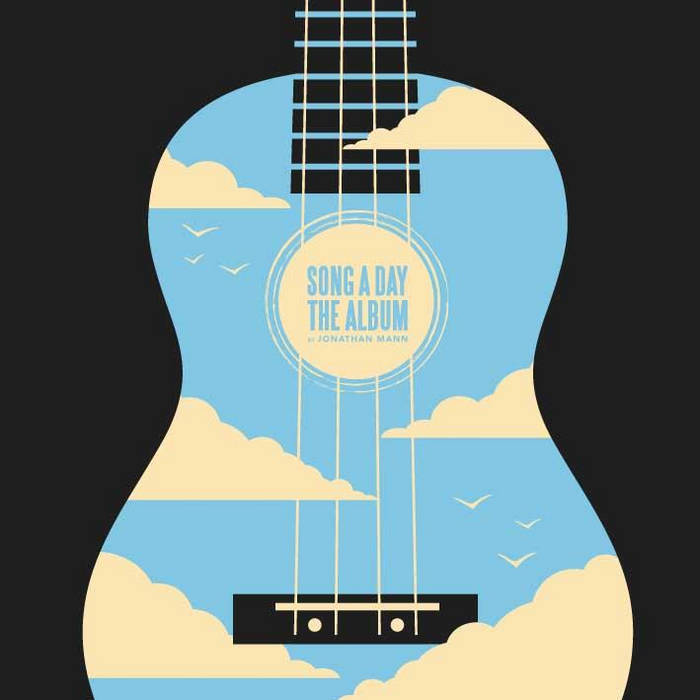 The Elusive Tangerbean Jonathan Mann is a fellow Bennington Grad and one of my heroes. A lot of my heroes are Bennington Grads. I think that's a good sign I picked the right school. Also I'm glad he picked it too. We never crossed paths, but he was already a campus legend when I arrived as a little Freshman. All I have to say about that is: Leprechauns. Favorite track: Sweaty Girlfriend.

I'll See Myself Out

I first became aware of Jonathan Mann during my freshman college orientation, where an entire weekend of bonding activities culminated in a large, school-sanctioned bonfire. The blend of crisp autumn air, crackling flames and awkward small-talk between 18-year-olds made for a rather placid evening...Until the musical entertainment began. It was Jonathan, wearing nothing but an acoustic guitar. I wasn't sure if this nude troubadour was officially ordained by the school as well, but it certainly made an impression on me. We would eventually meet and consequently write, record and stage a dystopian rock opera together.

Ten years later Jonathan has remained a close friend and constant inspiration. He has that most enviable quality in that songs just seem to pour out of him. Working with him is a delight (but also difficult to keep up) because of the rate at which he churns out words, ideas, and hooks. It's also easy to feel a bit unproductive when looking at his output. At the end of the year he will have 365 songs under his belt when I have...Oh...I don't know...maybe 12? Actually more like 10 and a half. Now, I realize that a lot of work goes into song-a-day but Jonathan does it with such aplomb it seems effortless. If he was around at the turn of the century he'd be working in Tin Pan Alley. 50 years ago you'd find him in the Brill Building. But today he is a venerable one-man song factory.

Needless to say I was excited and flattered when he invited me to (temporarily) work in his factory, an attempt to bring his grand songwriting experiment to a new level with the powers of collaboration. Aside from myself, the core group consisted of Nick Krill and Matt Payne. Nick is another best friend and longtime musical partner. His ears can hear things that most dogs and small children can't. He brought with him a wide sonic palette and thus was in charge of the engineering, mixing, and production elements. Nick also jumped on any opportunity he could to get behind the drum kit and lay down a tasty, tasty beat. Matt Payne is somewhat of an instrument tamer. His knack for arrangement, electronics and brazen ambition allow him to charm any instrument, from a bass harmonica to a Nintendo Entertainment System. His arrangements were grains of concentrated beauty which he generously sprinkled on the tracks. Besides the four of us there was a rotating cast of musicians lending their talents on location or via the internet. There are too many wonderful people to describe in detail, but their wide array of contribution was essential to the magic of the album. The people informed the songs and the songs informed the people.

Now, spending a month in Berkeley making music with some of your best friends may sound like a dream job...And it was. But it was also the most unrelenting, regimented schedule I've been on in my entire life. No breaks; The song always takes precedence over the sleep and sanity of its servants. But I am proud to have served Jonathan and the 30 songs that came out of him during this time.

I'm a songwriter best known for writing a song a day. I've been at it for 10 years.

Bandcamp Daily  your guide to the world of Bandcamp

New sounds from Mavi, Ivy Sole & Moderator, plus AJ, the One joins the show, for her latest release